Spent our first day in trying to get the computer fixed. With help from the hotel’s computer engineer we headed for the Sony service centre.  Bad news it will take two days to get the part and then repair it – no good to us as we don’t have enough time here.  However, they phoned ahead to another dealer and sent us there – still no luck.  Finally, in desperation we went to downtown by cab to what I can only describe as a computer souq.  Those of you who have been to will know what I mean – only it was 100 times worse.  JC walked in front with the back pack and I walked behind him to make sure no one tried to whip it off his back.  Spread over two floors and selling what JC desribed as “all of the knocked off computers in !!”.  All we were trying to get was a separate portable monitor but, despite help from many in the souq.  So it looks like we will have to wait until we get to the to sort it all out.  In the meantime I am typing up and saving on my memory stick which is too big to lose or pack into a computer and I will update as and when I can at hotels.

Today, we decided to forget the computer problems and spent the day on an open top bus trip of .  Some photos of the sights: 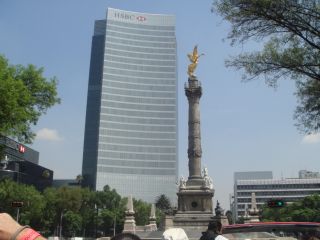 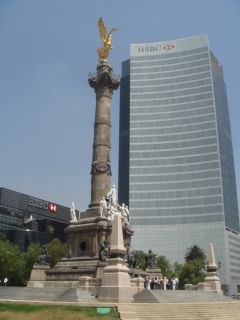 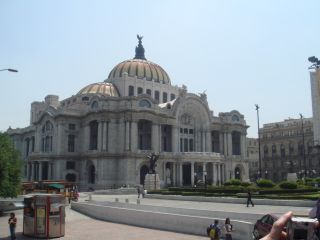 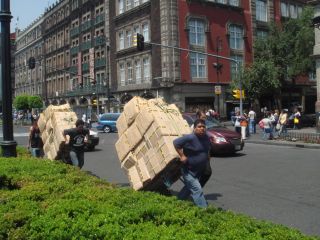 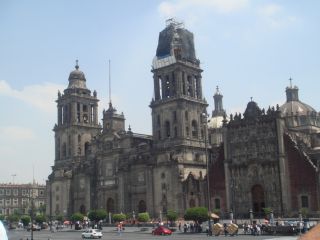 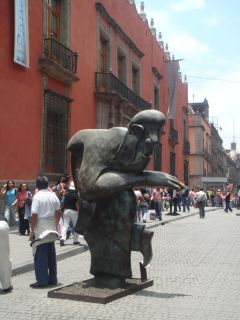 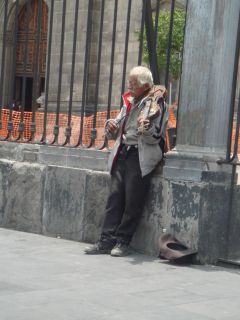 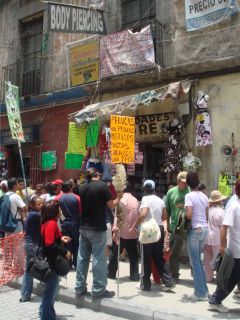 JC had been feeling tired all day and slept a lot on the bus.  He developed a sore throat as the day went on and went to bed as soon as we got back to the hotel at around .

One of the Astons had a problem with the clutch and a replacement came in from the UK with a change over driver, so Paul spent the night fixing that and Nikki and I went to a reception at the Winston Churchill Club which was hosted by a classic car owner from Mexico City with an English wife, who had helped to get the vehicles serviced on this “rest break”.  It was bizarre – a little bit of in the middle of the City complete with an English garden and paintings of Winston Churchill all over the place.  Unfortunately I didn’t have my camera with me.  After a champagne reception, Nikki and I joined David and Jenny and Charles and Jane for supper – steak and kidney pie, roast beef and Yorkshires and sherry trifle on the menu – even more bizarre.  They even gave Nikki a doggie bag of sausage and mash to take back to Paul who would be working all night on the Aston.

JC feeling a bit better but Denise not too good – very very tired.  Today we are heading for Guanajato and the rest of the rally left at 0730 to be escorted out of the city by the local classics.  We left later as we were waiting for Roger and Julian with the Aston that had a few things left to do before they could get  back on the road.  We thought we were on our way when the ramp came down but the mechanics decided to wash and photograph the car and the making up of the bill took longer than fixing the clutch.  Poor old Roger looked a worried man as he waited.  The wait was worth it however, as Nikki texted us their route out of the city which was much easier than the one in our road book.    Poor old Julian who was on his first driving day had a baptism of fire in the Aston going around the Perifico.  Once we got on to the Autopista, they burned past us and yet again we were at the back.

On the open plains outside of the City we saw two vehicles loaded up with mini hestons of straw – in May – beat that Holderness.  Looks like all is harvested and ploughed up here.

Denise got worse as the day went on – must be mid rally blues as many people are feeling very tired.  We put it down to early mornings, too much rich food and drink and the altitude.  It was her turn for an early night and she slept from until the following morning and felt much better the next day.

With apologies that you all had to wait for these last two updates, I know how much everyone is enjoying our blog.  Don't know when I will get chance to update again as we will soon be doing the train trip to Copper Canyon - more to come soon.